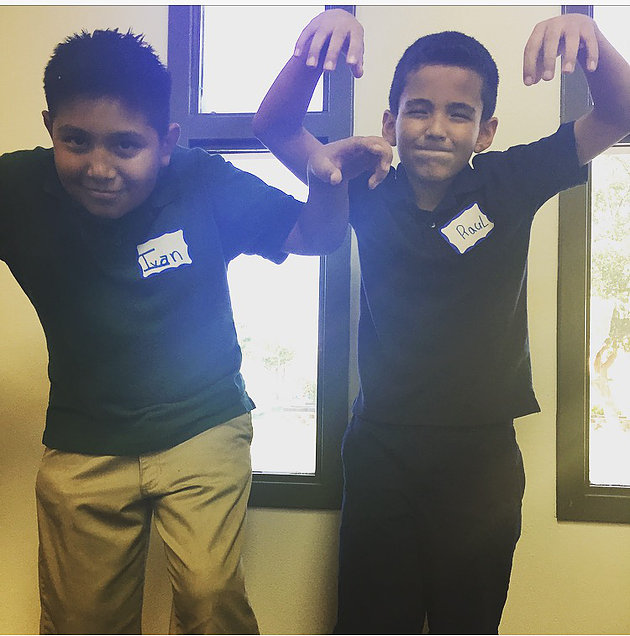 Being a “Big” in Read Better Be Better is a big responsibility (no pun intended). We tell the 6th – 8th graders this when we introduce the program to them—we don’t hold back. They are our partners, our teammates, in solving Arizona’s literacy crisis, and that wasn’t an accident. We chose that age group because we believe in them, because they amaze us over and over again with their dedication, sacrifice, and empathy.

Even the most unlikely students make for wonderful Bigs.

Ivan, a 6th grader at Arizona Desert Elementary, was encouraged by his teachers and principal to rise to the occasion, but he wasn’t sure. Ivan struggled in school, academically and socially, so the idea of helping a child in their academic struggles, and building a relationship with them, seemed like a daunting task. He’d rather go out for the soccer team, keep it safe and simple.

But he gave RBBB a chance and came to the training, all clad in his soccer uniform. He sat quietly in the corner, unsure if being a Big was for him.

Day One of Program.

On the first day of program with the Littles, Ivan showed up again! His partner was a 3rd grader named Raul. While helping Raul fill out his entrance questionnaire, it quickly became apparent that he needed extra explanation and patience when reading. Ivan immediately rose to the occasion, paraphrasing each question in a way Raul could understand. And later, while reading together, Ivan’s intuition seemed to kick in when Raul didn’t understand a piece of the story. Ivan would stop and discuss the page with him. He would paraphrase the sentence, sometimes even act it out—they were the most active pair in the classroom! They were laughing, nodding, high-fiving, and succeeding.

Ivan’s Site Leader told him how excited she was that Raul had him for his Big. Raul was a student who needed extra help and patience, and Ivan truly understood that. Ivan shrugged, like it was no big deal. “Raul works hard and doesn’t give up,” Ivan said fondly of his Little. “He’s really smart!”

And here we stand, once again, amazed and grateful for Ivan’s heart and courage. Students like him keep our hope alive; Arizona’s 3rd graders are in good hands.