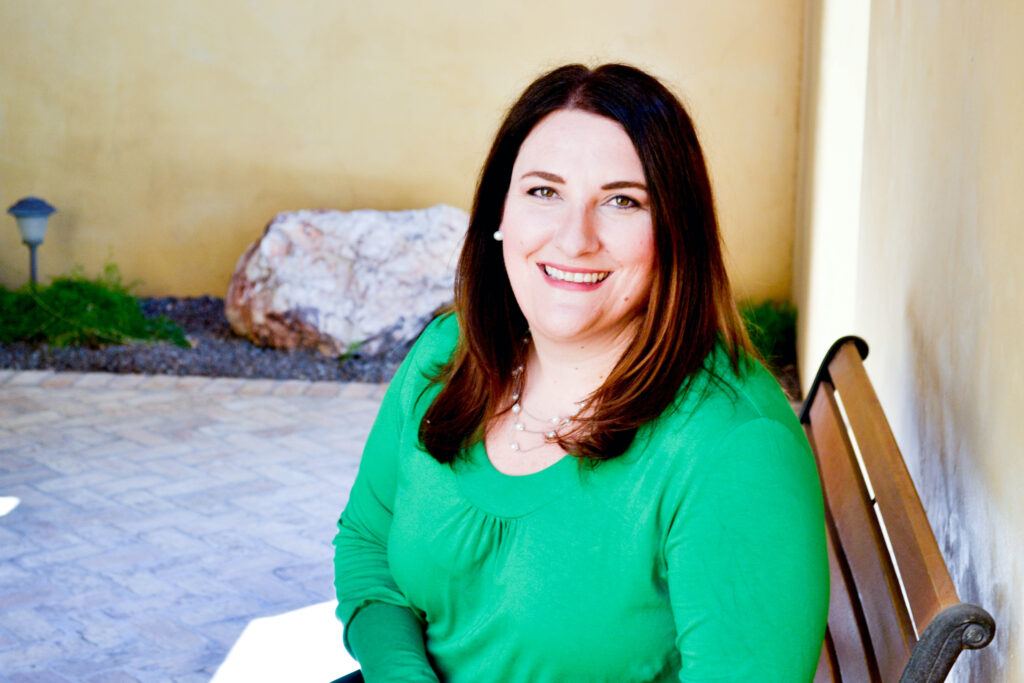 Rachel Aja is a native Arizonan, and attended the University of Arizona in Tucson. She has been involved in a variety of volunteer organizations, including the Hugh O’Brien Youth Leadership Program and the Luke Air Force Base Honorary Commander Program. An active member of Fighter Country Partnership’s Blue Blazer Squadron, Rachel was recognized as the 2019 Volunteer of the Year. In 2020, AZ Business magazine named Rachel as one of 14 Diverse Business Leaders to Watch.

Rachel currently works as the Government & Regulatory Affairs Manager for Cox Communications, and in her free time she enjoys spending time with her family and friends, and watching her seven nieces and nephews play and learn. Rachel has volunteered as a Site Leader for Read Better Be Better since 2016.

Rachel and her husband Joe live in the Foote Addition of Central Phoenix and enjoy spending time raising a garden and chickens in their backyard. 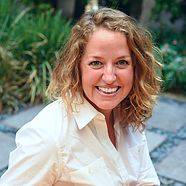 Sophie Etchart was born in Connecticut, but raised and educated in England. She studied Spanish, French and German at the University of Newcastle-Upon-Tyne. As part of her degree, Sophie spent her third year of University living and working in Belgium and Spain.

Upon graduation, Sophie joined a financial services agency specializing in board-level strategic HR consulting. In 2009 Sophie designed and executed the Private Equity Foundation / Deutsche Bank Leadership Program: a series of instructional workshops and networking events in partnership with INSEAD business school, France. After spending a year on loan to the Private Equity Foundation as a strategic HR consultant, Sophie committed to a full transition into the non-profit sector.

Sophie moved to Peru in 2010 to run the education program at SKIP, an international development organization in northern Peru. For 2 years she managed a team of 25 staff and volunteers working with 330 young people aged 3-17. The key component of the program was a comprehension curriculum designed to complement the national public schooling system. This program received a commendation during a site visit by professional contacts at the Bill Gates foundation.

Sophie met her husband, an Arizona native, in Peru and moved to Phoenix in 2012. She spent 2 years managing the JA BizTown® team at Junior Achievement. Upon her departure, each member of her team had delivered “outstanding” performance according to standardized quantitative KPI assessments.

Sophie had identified the need for basic reading comprehension support during her 2 years at Junior Achievement. The JA BizTown® program serves over 20,000 students per year; an alarming number of whom had neither the focus nor the foundational skills to obtain the most value from the experience. When the “Move On When Reading” law was announced, she decided that the timing was critical to support those 3rd graders at risk of being kept behind. Read Better Be Better is based on the proven SKIP model and adapted to the current environment.

In 2017, Sophie was recognized as one of Phoenix Business Journal’s 40 Under 40 younger business leaders making an impact in the Phoenix area.

She lives in the Coronado District of Downtown Phoenix with her husband Andy, her son Cody and two dogs. 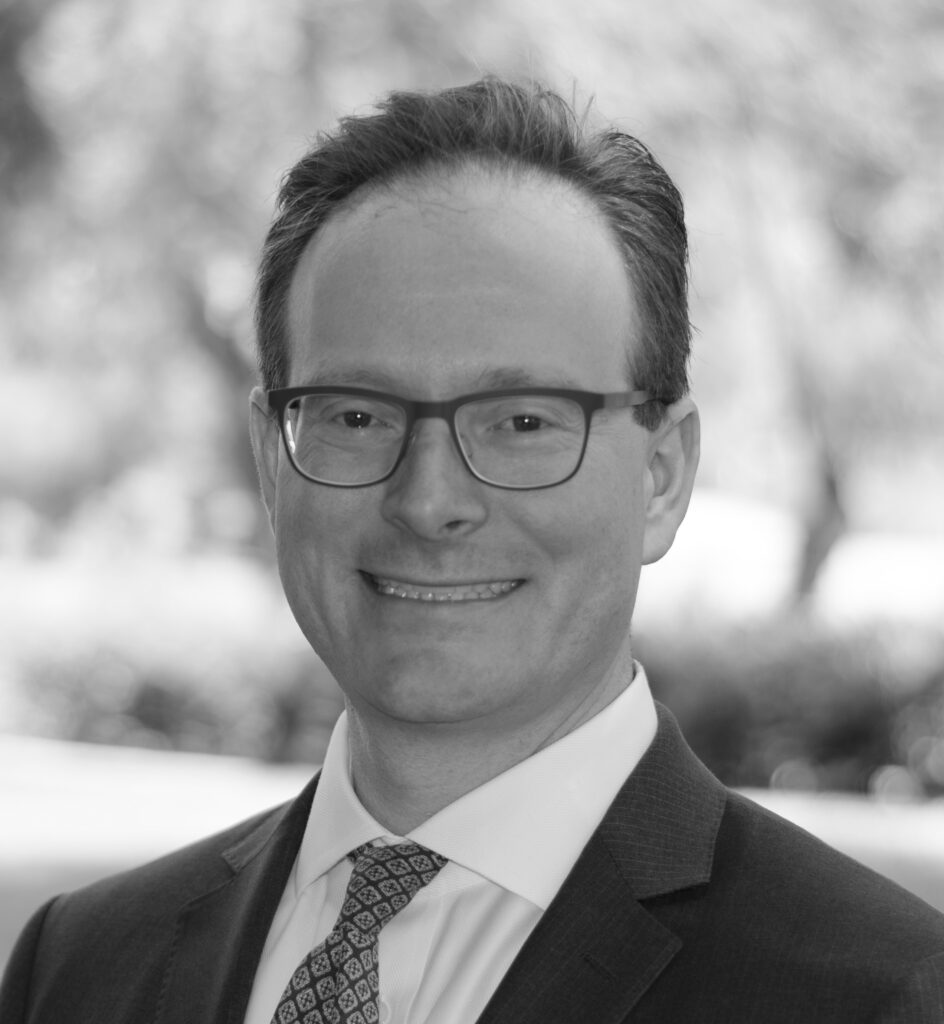 Gary is the founder and owner of WestHawk Capital, a platform incubator for emerging real estate managers based in Phoenix. Gary was also a Founding Partner of ViaWest Group, a Phoenix-based commercial real estate investment and development firm where he led the capital markets activity from 2003 until early 2020.

Gary earned a BA in Economics from Northwestern University and an MBA in Finance from The Wharton School of the University of Pennsylvania. He is fluent in Japanese and proficient in Spanish. He is currently active in the Arizona Chapter of the Young Presidents Organization (YPO), serves as the Vice Chair of the Executive Committee of the Urban Land Institute (ULI) Arizona Chapter and is the Chairman of a ULI national product council.

Gary is passionate about improving education in Arizona. He leads a real estate industry advocacy group for Expect More Arizona. He lives in Phoenix with his wife Julie and their two sons, Zachary and Matthew.

Dr. Ortiz brings more than 25 years of academic and professional experience in early childhood education. In addition to practical experience within school districts and classroom settings, she served as an early childhood policy advisor to Arizona’s Governor Janet Napolitano and was Director of the State Board on School Readiness. Dr. Ortiz has helped lead statewide and national initiatives impacting children ages birth to eight and their families. Dr. Ortiz is a graduate of Arizona State University and holds Doctoral and Master degrees in Curriculum and Instruction, Early Childhood Education. She holds undergraduate degrees in business and nursing. 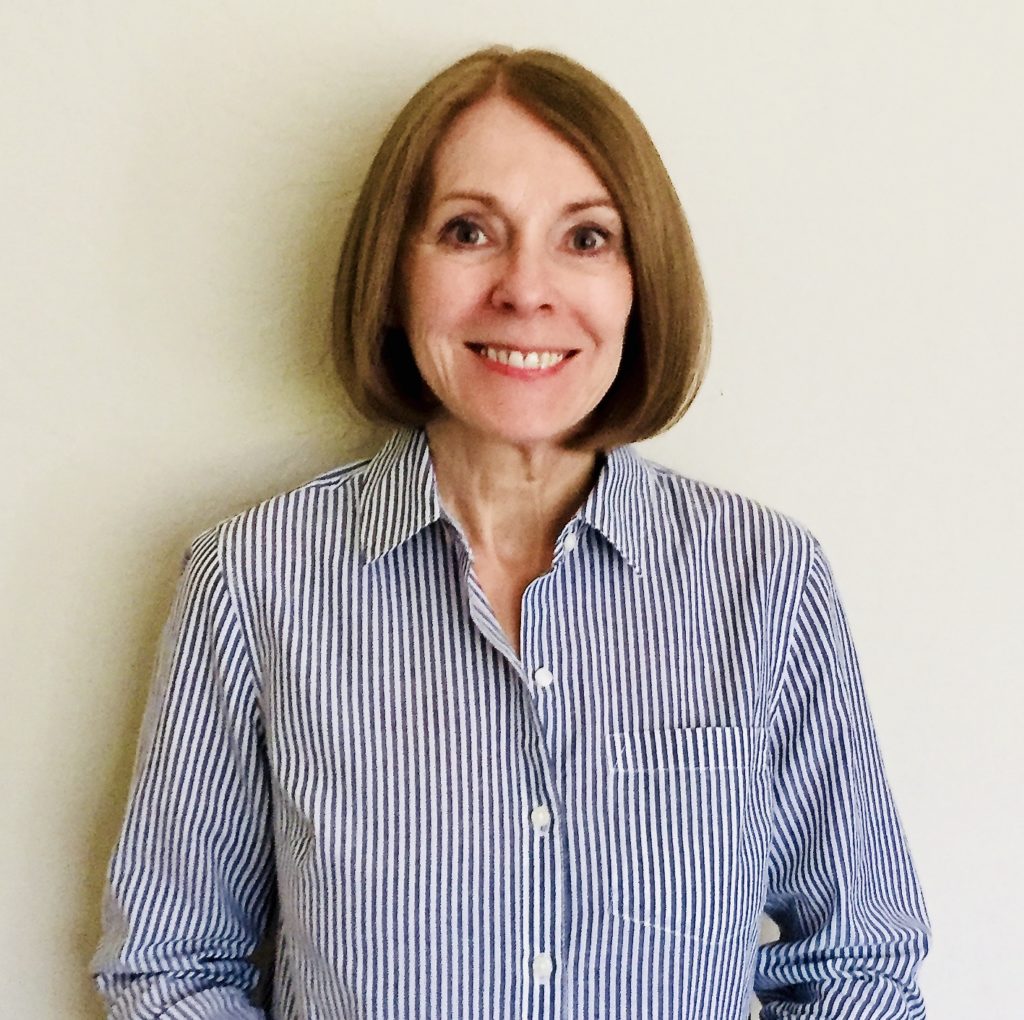 Carol recently retired from her role as HR Director at Pace, an international provider of technology solutions to the pay TV and broadband industries.  Previously, she had worked for companies ranging from large international companies such as Tyco International and Stanley Black and Decker to small local startups in the dot-com and banking industries.

Carol earned a BA in Communication Studies at the University of Nevada, Las Vegas. Following her graduation, she worked at HELP of Southern Nevada, a local non-profit, where she established an educational program that helped prepare disadvantaged women for the workplace.

She moved to Reno, Nevada two years later when her husband, Bob, was transferred there.  Carol and Bob, a pharmacist, have embraced the flexibility that their careers offered them and have called Houston, Las Vegas, Reno, Dallas and Phoenix home at various times.  They returned to Phoenix for the second time a few years prior to their retirement.

As an HR professional, she believes strongly that creating a culture of respect, learning, fairness and transparency plays an integral role in the success of an organization. 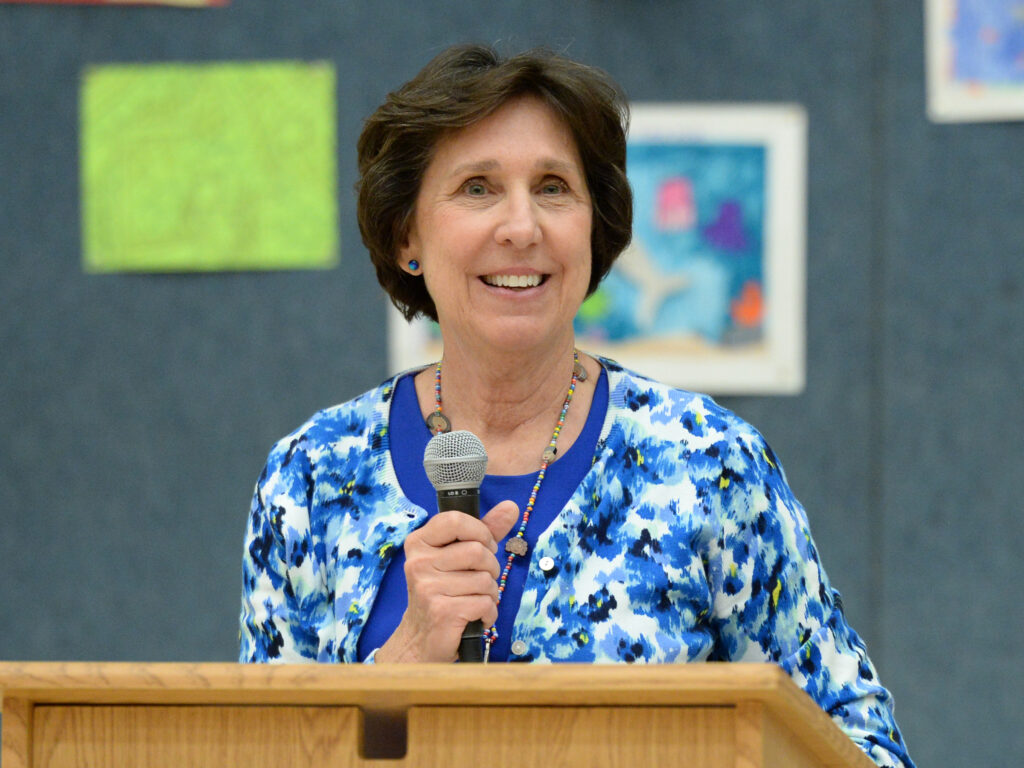 Patricia Tate is passionate about teaching and learning, especially when it comes to the inner-city students she served for almost 40 years in her hometown of Phoenix, Arizona.

Beginning her career as a teacher of the deaf at the Arizona School for the Deaf and Blind in Tucson, Patty returned to Phoenix in 1978 and accepted a teaching position in the Osborn School District.  For almost four decades it was her second home.  She worked as a volunteer, parent, special education, and science teacher.  In 1997 Patty was honored as an Arizona Teacher of the Year Ambassador.  That same year, she was chosen as the Arizona recipient of the Presidential Award for Excellence in Science Education. She retired as Osborn Superintendent in 2017.

In addition to her commitment to public education, Patty also serves as a Court Appointed Special Advocate (CASA) and CASA Peer Coordinator.  Appointed by a judge, she speaks up for abused and neglected foster children in court and supports other CASAs in this work.

Patty’s husband Don is also a retired educator. They raised their sons in Phoenix and with five young grandchildren, they are more committed than ever to help improve the health, security, and education of all Arizona children. 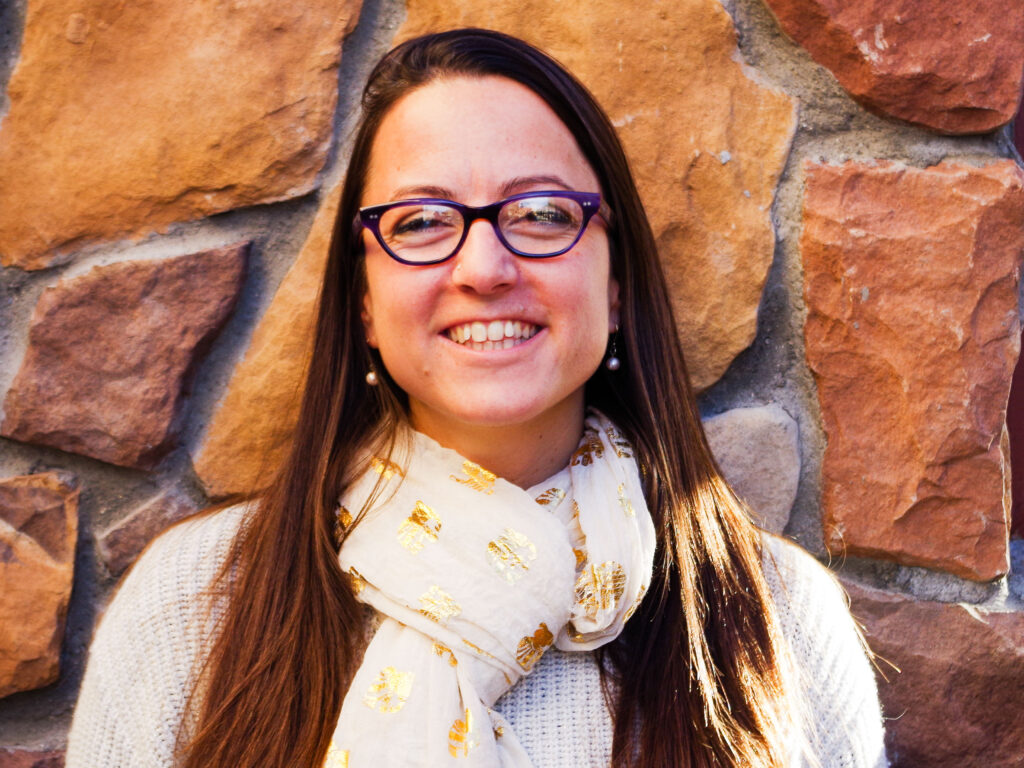 Jenny holds a B.A. in literature from the University of Chicago and a M.A. in education from the Johns Hopkins University. Believing in education as a means to achieve social change and equity, Jenny began her educational career as a Teach For America teacher and taught for five years before entering the curriculum development and nonprofit sectors. She has traveled the globe and helped to design literacy programs for children across the United States and in other countries.

Jenny is proud to lead Make Way for Books as CEO. Make Way For Books is an early childhood literacy nonprofit organization that impacts 30,000 children, parents, and educators annually. For the past ten years at the organization, Jenny has dedicated her time working to ensure that children in our community have the chance to realize their full potential.

Jenny is skilled in non-profit leadership and organizational development and is an expert in leading-edge strategy design. Jenny is passionate about helping children gain access to quality educational opportunities and believes in the power of literacy to change lives. 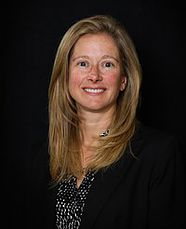 Dr. Betsy Hargrove is the Superintendent of the Avondale Elementary School District. Dr. Hargrove had been the Assistant Superintendent since March 2009. She provides on-going leadership in creating a positive climate of high expectations for all involved with the educational program of the district. She also works to engage in the continuous improvement of the Avondale educational community by implementing and monitoring the achievement of district goals.

Dr. Betsy Hargrove served as a Principal for 12 years with the Alhambra School District in Phoenix, Arizona. Dr. Hargrove holds a bachelor’s degree in elementary education from the University of Southern Maine, master’s degree in educational administration and supervision from Fordham University, and a a doctorate in educational administration and supervision from Arizona State University. Dr. Hargrove has participated in a variety of programs focused on enhancing the effectiveness of school leadership including multi-school district programs, including Learner-Centered Leadership and Beat the Odds. Dr. Hargrove has presented at the American Educational Research Association, Character Education Forum, and the 2008 National Staff Development Council Mega Conference. 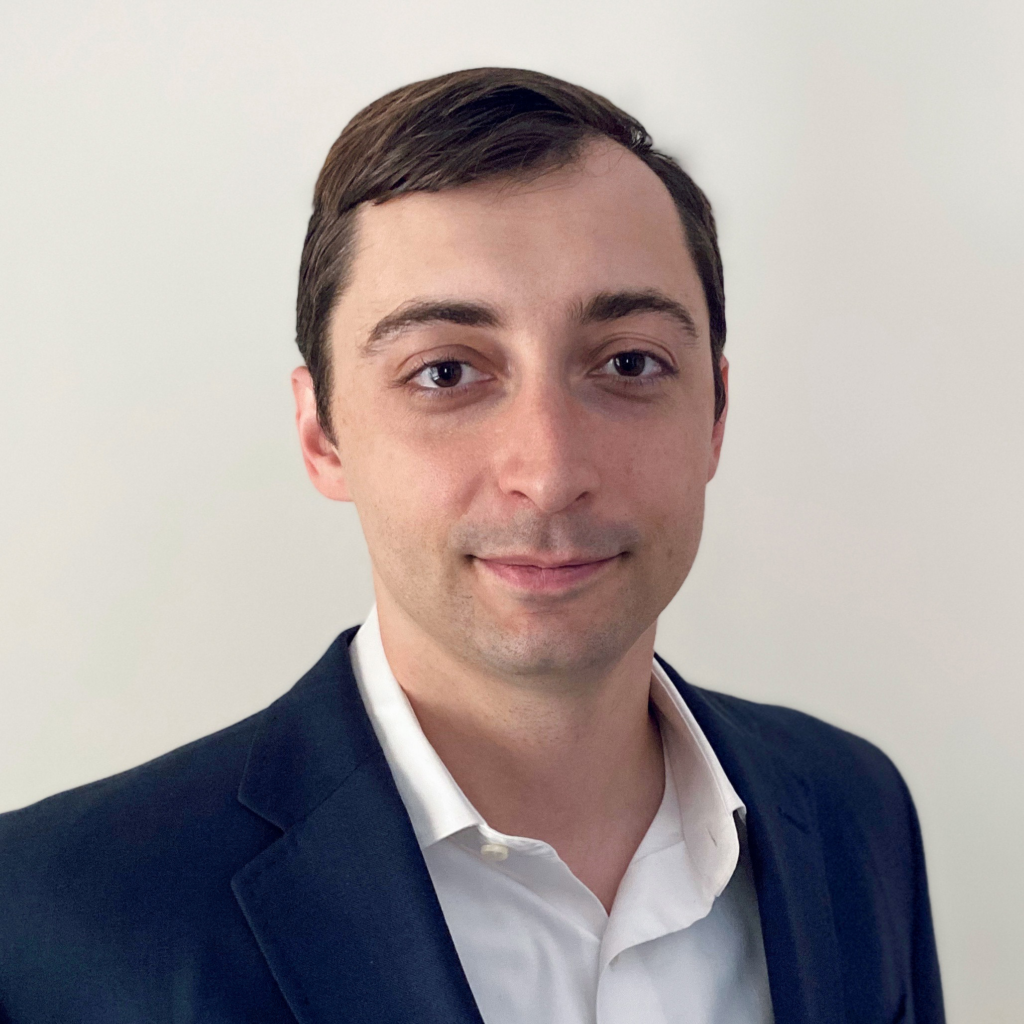 Artem Tretiakov is Read Better Be Better’s Volunteer Finance Coordinator, addressing a variety of matters including budgeting, accounting, reporting, and internal controls. Artem has been engaged with the RBBB team since the program started in 2014.

Previously working at BDO USA and Western Alliance Bank, Artem is currently in an accounting policy role at Silicon Valley Bank where he provides technical accounting guidance to U.S. and global operations.

Artem joined Read Better Be Better to help brilliant educators build a society in which all children master the foundational skills necessary to become independent learners. 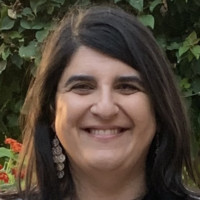 Dawn has a rich background in education, budget, and state government operations. Prior to entering public service, she began her public service career in 1999 as a Senior Budget Analyst for the Arizona Governor’s Office of Strategic Planning and Budgeting for Governor Jane Dee Hull and Governor Janet Napolitano. She then served as Deputy Director of Research Staff in the Arizona State Senate and Majority Policy Advisor for Speaker Kirk Adams and Speaker Andy Tobin.

Prior to joining Governor Doug Ducey’s staff in 2015, Dawn was the Director of Government Relations for the Maricopa Community Colleges. Most recently, she worked for Governor Ducey as the Senior Advisor for Education and Strategic Initiatives and as a Special Assistant to the Governor.  Dawn also spent over a decade in the private sector, specializing in finance, budget, and accounting.

She received a Bachelor’s of Science degree in History from Arizona State University and a Master’s in Business Administration from the University of Phoenix with an emphasis in accounting.  Dawn is an adjunct professor at Northern Arizona University in the Public Administration and Justice Studies Program.

Dawn is currently the Vice President of the Arizona Center for Civic Leadership at the Flinn Foundation. She lives in North Central Phoenix with her husband Andy and their daughter, Finn.